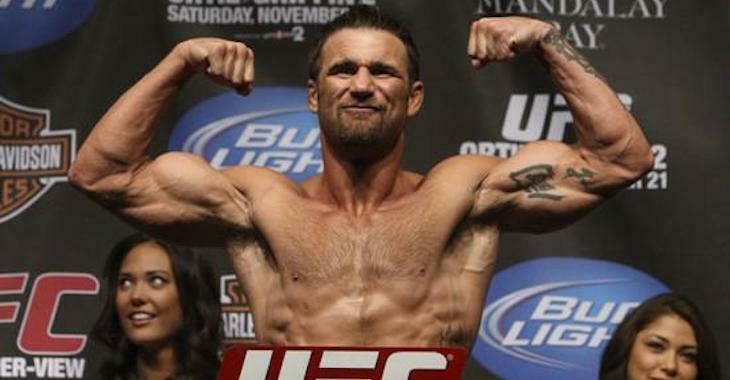 UFC 185 goes down this Saturday night live from the American Airlines Center in Dallas, Texas.

Here are their predictions for the final four fights of the evening:

Taylor: Alistair Overeem is obviously the superior striker between the two. The former K1 champ has excellent striking technique which I suspect he will use to amass a large lead at the outset of this fight.

With that said, “The Reem” has lost 3 of his past 5 fights by way of knockout and that is very concerning considering he’s going up against one of the divisions hardest hitters in Roy Nelson.

My prediction is that Overeem will impress in the early going, before eventually being put to sleep by “Big Country’s” overhand right.

Baroni: This is a tough fight to call. It’s a make or break fight for both of these guys. I think that Overeem starts real strong but will eventually tire and eat a big overhand right.

I mean, Overeem could just come in there and blast Roy out of there quick. But, I just think Roy has the better chin and survives long enough to clip a tired smaller Overeem late in round 2 or 3.

Taylor: Matt Brown is one of the UFC’s most exciting fighters and loves to throw down. The question is will former UFC champion Johny Hendricks decide to brawl with “The Immortal” or will he instead use his wrestling to frustrate the Ohio native.

My guess is that “Bigg Rigg” will utilize both his heavy hands and solid wrestling skills to grind out a win over the always tough Brown.

Baroni: I like Hendricks in this one. Brown is tough, but I see Hendricks out-wrestling him on Saturday night. Look for “Bigg Rigg” to close out rounds with the takedown on route to a unanimous decision win.

Taylor: Joanna Jedrzejczyk is a terrific striker with good takedown defense. The Polish fighter should have a distinct advantage on the feet against Esparza. But can she keep the fight standing? My guess is no.

I think that Esparza will use her superior wrestling to take this fight to the floor. My guess is that “Cookie Monster” will eventually frustrate Jedrzejczyk in to making a mistake and collect the submission victory.

Baroni: I like Carla in this one. I see Esparza using her wrestling to earn takedowns and following that up with some solid ground-and-pound.

This will be a fast-paced and exciting fight, but Carla retains her championship with wrestling.

Taylor: Rafael dos Anjos has looked great in his most recent octagon appearances. His stand-up has improved dramatically over the past two years.

However, RDA is now facing the best striker the lightweight division has to offer in Anthony Pettis.

If Rafael can’t get Pettis to the ground and keep him there, the fight will likely not end well for the Brazilian.

I think that “Showtime” puts “RDA” away early in round three to retain his title.

Baroni: I like Anthony Pettis in this fight. He’s stronger standing than “RDA” and should have some solid takedown defense from training with Ben Askren.

Dos Anjos is a tough cat, but I can’t see him beating Anthony.

I see Pettis winning by way of fourth-round TKO.

Do you agree with the predictions of our staff writer Chris Taylor and the “New York Bad Ass” Phil Baroni? Who do you have winning these four main card bouts? Sound off Penn Nation!