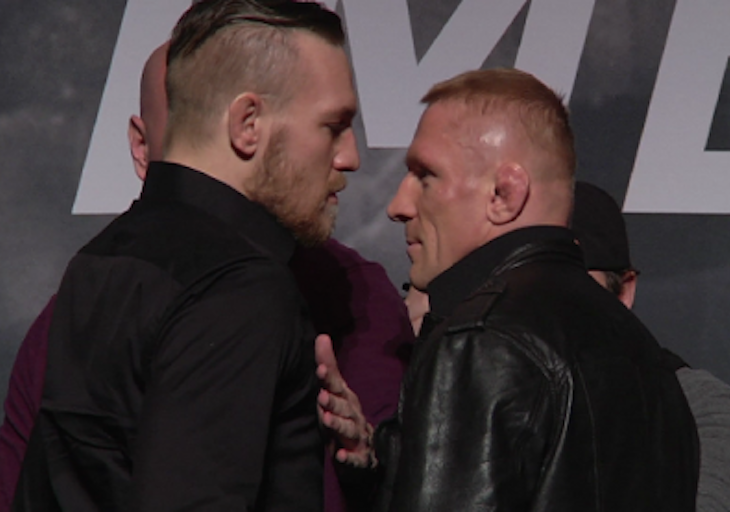 UFC veteran Thiago Tavares is expecting an upset of major proportions on Sunday in the main event of UFC Fight Night Boston where Conor McGregor will face Dennis Siver.

Leading up to the bout, UFC President Dana White stated that if McGregor defeats Siver, he will go on to fight Jose Aldo for the UFC featherweight title in his next fight.

Tavares doesn’t believe McGregor will make it past Siver though.

“First of all, I don’t think Conor deserves to fight for the title. There are other fighters ahead of him.”

“He’s a good striker, but hasn’t shown anything else. They never put him in there against a wrestler. Nik Lentz, for an example, would beat Conor. I would bet my money on that. In fact, I think Denis Siver will defeat him.”

Do you think Siver will pull off the upset and defeat McGregor? Sound off below!