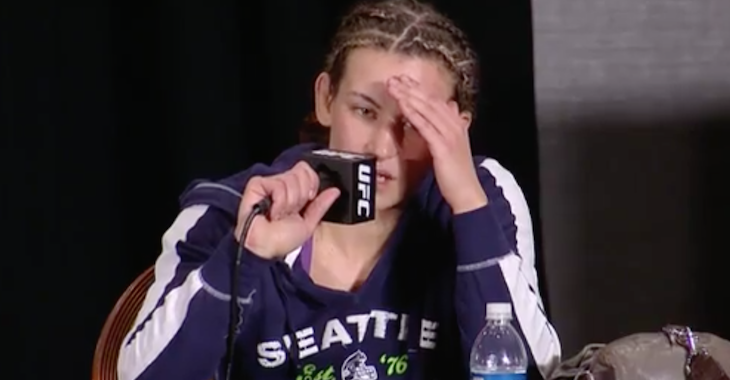 There are some new developments in the Tate vs. Eye pairing expected to crown the next challenger to Ronda Rousey’s title.

According to a new twitter post, Miesha Tate is injured, and not going to make her expected date against Ohio’s Eye.

@jessicaevileye bc I got injured, I cant take the fight, sorry Jess I was super excited about it. Maybe a later date