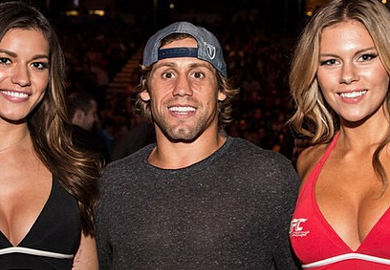 Faber took to his time with MMAJunkie.com to respond:

“He looked great, and he had three years to make his great comeback and think of something witty to say and all he can say is that – that’s pretty funny. At some point he is going to have to pay the piper on talking crap and probably get beat up in the process.”