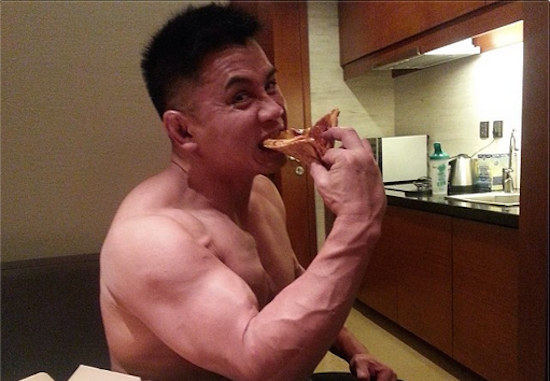 At UFC Fight Night Macao on August 23rd, UFC contracted with an independent drug testing laboratory in Hong Kong to perform urinalysis testing on all fighters on the card. Additionally, UFC requested the laboratory to test blood samples from 4 fighters for human growth hormone (HGH), erythropoietin (EPO) and testosterone.

One of the athletes who had his blood tested was Cung Le. The laboratory results from Le’s blood test were sent to the UFC and showed that his blood had a total HGH level outside the reference range. Based on such results, UFC officials determined that Le had violated his promotional agreement and the UFC Fighter Conduct Policy. Consequently, UFC decided that Le should be suspended from unarmed combat competition for 12 months.

Following the announcement of Le’s suspension, UFC officials have been provided with medical advice regarding the elevated total HGH present in Le’s system. In accordance with such medical advice, UFC has determined that Le’s elevated total HGH by itself does not prove that he took performance-enhancing drugs before the August 23rd bout. As a result, UFC has informed Le that his suspension is rescinded.

Le had requested an appeal of his suspension, and was entitled to arbitrate the drug test results and suspension. However, based on the lack of conclusive laboratory results, UFC officials deemed it appropriate to immediately rescind the suspension without the need for further proceedings.

The UFC organization has always been a leader when it comes to testing for performance-enhancing drugs in combat sports. All UFC athletes know they are subject to drug testing by an applicable state athletic commission, an international governing federation, or by an independent laboratory contracted by the UFC when no regulatory body is overseeing the event. In those cases where regulatory oversight is unavailable, UFC voluntarily chooses to adhere to the highest level of athlete health and safety protocols similar to if the event were being held in the state of Nevada.