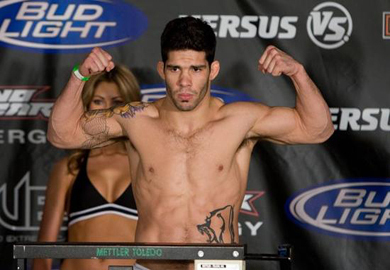 The “TUF 14” runner-up, Dillashaw, has put together a 4-fight win streak since losing the TUF 14 Finale to John Dodson. He was last seen in the octagon with Hugo Viana, whom he defeated with a first round knockout.

Meanwhile, Assuncao is also riding a 4-fight win streak since dropping down to the UFC’s bantamweight division. His latest octagon appearance saw him submit Vaughan Lee with a second-round armbar.

UFC Fight Night 29 takes place in Barueri, Sao Paulo, Brazil on October 9. The event is headlined by a welterweight fight between Demian Maia and Jake Shields.