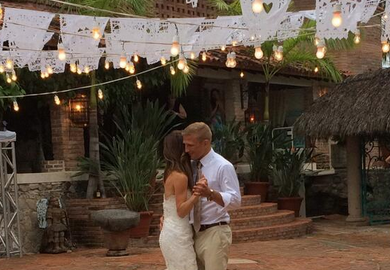 From all of us here at BJPenn.com we would like to congratulate the newly-wed Mr. and Mrs. T.J. Dillashaw.