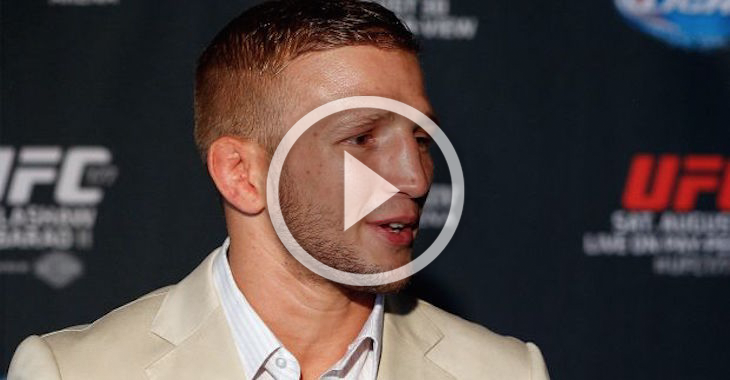 Also, while discussing the return of fellow UFC fighter Chris Holdsworth, Dillashaw shared his opinions on fighters who cut an extreme amount of weight. Check out the champs thoughts below.

“When you’re cutting weight for a long time for a fight camp and getting hit in the head you don’t have as much fluid in the brain. These guys don’t realize, cutting a bunch of weight actually isn’t good for the sport. I understand it for wrestling, I understand it for grappling, it helps you out in the long run, you’re going to be the bigger grappler. But when it comes to fighting and you don’t have as much fluid on the brain when you’re dehydrated and if you get hit in the head while you’re dehydrated? It’s worse.”

Check out the clip at the top to hear the full story.