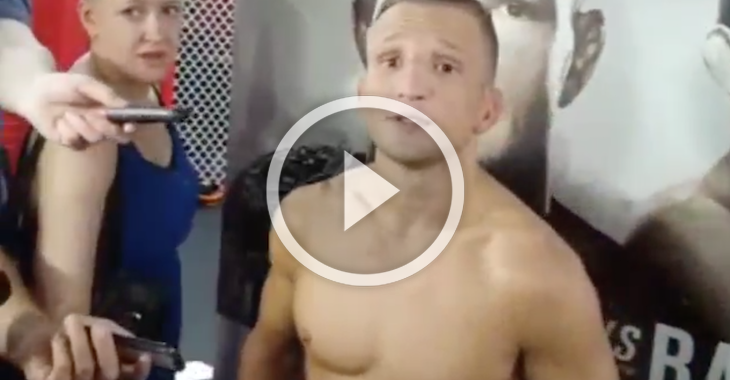 UFC bantamweight champion T.J. Dillashaw is in Chicago getting ready for this Saturday’s UFC on FOX, where he’ll defend his belt in a rematch with former champ Renan Barao.

Like every event, the UFC held a media day for fighters to talk to reporters and answer a slew of questions.

The champ was confronted by a reporter asking one of the most hotly debated questions in MMA right now, what’s the number one MMA podcast?