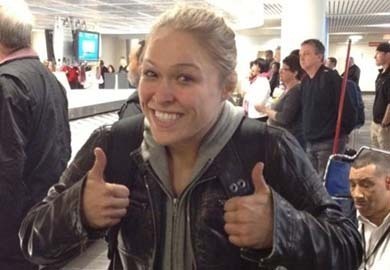 It is unknown when Rousey will begin filming “Expendables 3” or how extensive a role she will have in the film, which also stars Arnold Schwarzenegger, Bruce Willis, Jason Statham, Jackie Chan, Dolph Lundgren, Steven Seagal and former multi-division UFC champion Randy Couture.

The film currently is in pre-production and is expected to be released to theatres sometime in August 2014.

Rousey is currently in the midst of taping Season 18 of “The Ultimate Fighter,” which she’ll coach opposite her rival Miesha Tate. Rousey and Tate will then meet in a rematch for Rousey’s title in the co-main event of UFC 168 this December in Las Vegas.