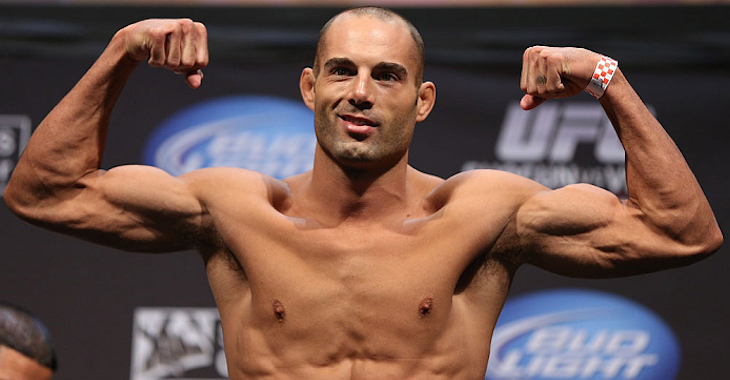 UFC 189 will host Mike Swick’s highly anticipated return to the octagon. Fans have not seen Swick since his tough loss to Matt Brown at “UFC on FOX: Henderson vs. Diaz” in 2012, and with good reason.

Swick fulfilled his dream during his time away from action to open a gym in Thailand. Now, he has his sights set on Alex Garcia for their meeting on July 11th at UFC 189. “Six months ago I was retired in my mind and now this, fighting on the biggest card of the year at the MGM Grand,” Swick told MMA Mania. “I will fight every fight like it’s my last now. You never know and I won’t have anymore regrets.”

Swick slipped into temporary retirement after his loss to Brown. “There was no plan to [return] initially. I assumed I was done after UFC on FOX 4 and 5,” Swick said. “Both were not good performances and my health was not good. I assumed I would never heal. I think moving on and accepting that is what healed me somehow. I have no other explanation.”

Swick hasn’t won a fight since his contest with DaMarques Johnson in 2012, but he earned Knockout of the Night honors that evening and vows he still has the potential to impress in the octagon. “My strategy is to be an athlete and outwork him,” Swick says. “I assume he will be looking to take me down so I am working diligently on that. I feel my ground [game] is better than his and he can’t match my speed, reach, movement or striking on the feet.”

Alex Garcia was riding a six-fight win streak before he suffered his loss to Neil Magny. Do you think Garcia has what it takes to pull off an upset, or will Swick prevail?