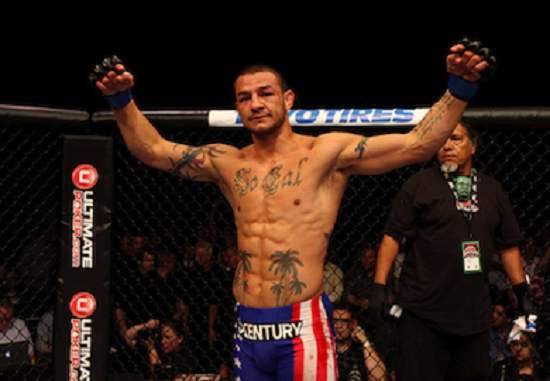 Cub Swanson is gearing up for his UFC Fight Night bout against Frankie Edgar this Saturday on Fox Sports 1.

Leading up to the bout, Swanson has been promised a title shot if he defeats the former champ in their #1 contender bout.

Swanson joined the crew on UFC Tonight to discuss the bout.

“No matter what anyone says, I feel like if I win this I’m fighting for the title. If feel the fans will back me up and there’s no denying me after this.”

Winning the bout won’t be an easy task however, as he will be facing Frankie Edgar, an elite level wrestler with near-superhuman quickness. Swanson’s spoke about how he will neutralize the grueling pace pushed by Edgar.