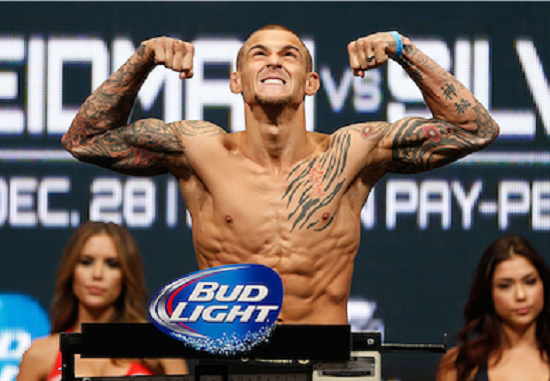 Coming off a quick TKO loss to Conor McGregor at UFC 177, Dustin Poirier once against found himself among the middle of a stacked featherweight division.

Poirier, who fought Cub Swanson to a decision at UFC on Fuel TV back in February of 2013, would like a rematch with Swanson, if Cub loses to Frankie Edgar this Saturday.

The main-event bout between Swanson and Edgar this Saturday is one that carries title implications for Swanson. Should he defeat Edgar he will be awarded with a featherweight title shot.

Poirier spoke to MMAJunkie Radio about his desire to rematch Swanson if Cub loses this Saturday.

“If Cub does lose, I’d like to get another crack at him, which is a possibility, I think. I’d like that. I’m not rooting against him, but if he loses, I’d like that fight.”

Poirier would also be interested in a fight against Dennis Bermudez, who lost to Ricardo Lamas at UFC 180 last weekend.

“It sounds like a fun fight. He’s fun to watch. He goes out there and puts on shows, and that’s the kind of fight that I try to get into. If the fans want to see that, and (UFC matchmaker) Sean Shelby thinks that’s what’s next, I’m 100 percent down.

“If Sean gives me another name that’s closer to the top, I’ll take that one.”