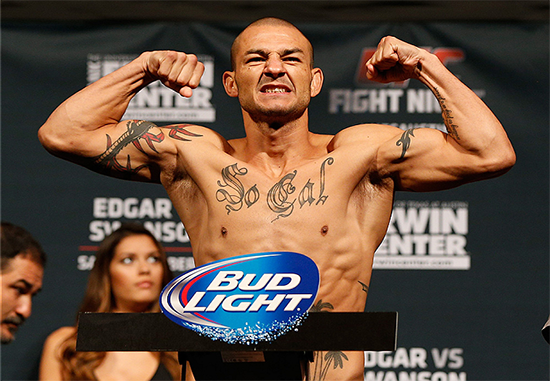 Last night in the main event of UFC Fight Night 57, Frankie Edgar defeated Cub Swanson via submission in the 5th round to earn himself the latest finish in UFC history.

At the post-fight show on FOX Sports 1 Swanson spoke about the bout, and his future in MMA.

“Obviously, it was super frustrating, but he did what he had to do, and he exposed me. I was super confident. I thought I prepared, and I obviously underprepared.

“I want to thank him for the lesson. I’m going to be better.”

“(I learned) where my weaknesses are; he was able to expose it. I took this fight because I felt he was one of the best in the world at a lower weight class, and I wanted to test myself. I’m getting up there in age, and I wanted to see how bad I am. I know I took a beating, but I was still hopeful all the way to the end.”