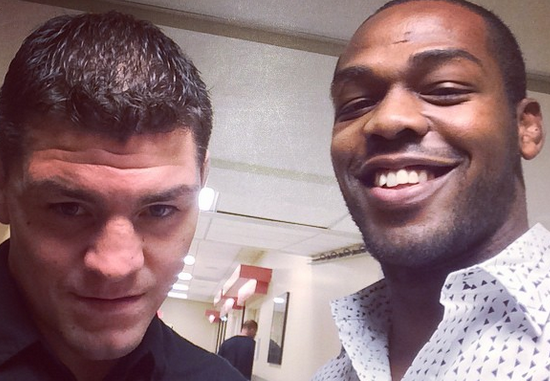 Following yesterday’s shocking news about Jon Jones and his poor judgement to use cocaine, the world is left with many questions.

A simple timeline of events shows that the NSAC had clear knowledge of Jon’s infraction but chose to let him fight anyway. They didn’t even announce his failure until after UFC 182 had concluded.

Conspiracy theorists will have you believe it was all about the money. With the anticipation of Jones vs. Cormier, tainting the champ’s image pre-fight might have been very costly.

Kevin Iole of Yahoo Sports has a different, more viable, explanation as to why the NSAC hasn’t acted against Jones, and it’s pretty simple.

Iole breaks it down: (Via Yahoo)

It’s all very complicated, but the Nevada commission is hardly comprised of the unenlightened fools that reporters and fans are making its five members out to be.

The Nevada commission did nothing because it had no legal authority to do anything.

According to Appendix One of the WADA code, in-competition is defined thusly:

“Unless provided otherwise in the rules of an international Federation or the ruling body of the event in question, ‘In-Competition’ means the period commencing twelve hours before a Competition in which the athlete is scheduled to participate through the end of such Competition and the Sample collection process related to such Competition.”

Nonetheless, the commission had Jones tested a second time about a week later. Commission chairman Francisco Aguilar said he is not certain of the exact date of the second test, but said it was “about a week later, Dec. 11 or Dec. 12.”

Jones passed that test, meaning the cocaine metabolites were out of his system.

However, the UFC doesn’t appear to have had the ability to pull Jones from the bout. Given that Jones did not violate any rules, he had a signed contract and was ready, willing, able and eager to fight.

Had the UFC attempted to yank him from the card, Jones could easily have sought an injunction to permit him to fight, and he would have had a strong case.