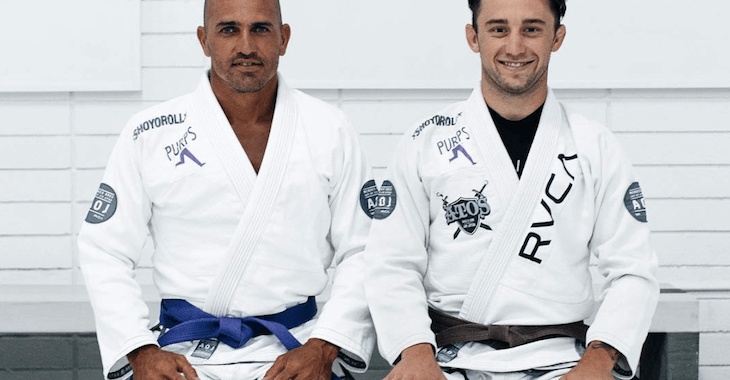 Legendary surfer Kelly Slater recently appeared in a photo, wearing a gi and a blue belt.

That’s when another surfer, and Brazilian Jiu-Jitsu black belt Joel Tudor chimed in and commented, saying that it wasn’t right for Slater to be wearing a blue belt when he hadn’t earned it.

joeljitsuSuper: lame of @kellyslater to wear a blue belt when he has never been given one @pmtenore

Indeed if Slater was wearing a belt he hadn’t been given or earned, it would most likely upset quite a few BJJ practitioners. However, another comment came soon after, stating that Slater had in fact earned the belt the previous night.

pmtenore@joeljitsu: what do you mean || he got one at aoj last night grumpy smurf —>