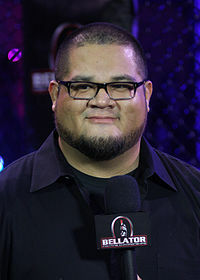 The man wrapping up the show this week has seen all the madness that has happened inside the Bellator FC cage this year. Manny Rodriguez is back in the shop and that means you are in for a treat. Manny “Mean Bean” Rodriguez is one of the men who holds it down on the mic for the Bellator FC and he’s had a front seat for all the fights this year. Bellator has put on some amazing fights, some huge upsets, and an amazing season of tournament fights so far. We will talk to Manny about everything that has gone down up to this point and of course what is left for the rest of the year. Think about it we are only in March and we have seen so much already. Get over to twitter and follow Manny @Manny_MMA