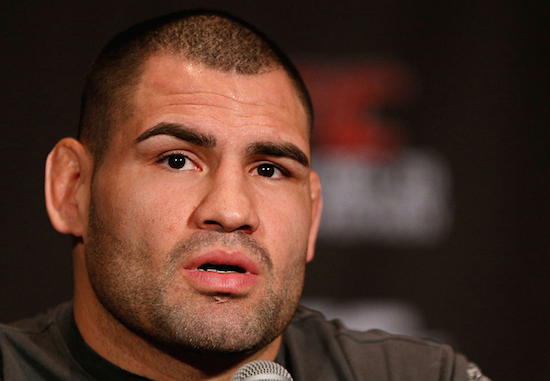 UFC heavyeight champion Cain Velasquez was forced out of his UFC 180 bout against Fabricio Werdum earlier this week after suffering a sprained MCL.

Velasquez absence in the main event, led the UFC to call upon Mark Hunt to fill the slot against Fabricio Werdum, and fight for the interim heavyweight championship.

Velsasquez coach, Javier Mendez spoke with MMAFighting about the bout, and Velasquez return to the cage.

“I assume he’ll be good to go for full-time training by December. He’ll have all of November and part of October off. I don’t see him being out that long at all.”

When it comes to preventing injuries, Mendez doesn’t think there’s much that can be done.

“It happens more than we’d like, but it’s part of the damn sport. Injuries happen.”

“It’s the nature of the sport, with so many disciplines. We’ll never be able to put a stop to that. There’s just too many disciplines. That’s the nature of the beast. That’s the path we chose. I see guys get injured sparring kickboxing, sparring boxing, and then I watch wrestling I see guys get injured, then Jiu Jitsu, they get injured there. It’s not one particular discipline. The one that produces the least amount of injuries is boxing. It’s not that often that boxers get hurt in training camp, but it happens. But not as much as kickboxers, and wrestlers get hurt more than kickboxers.

“We gotta keep training the way we train because to rise to the top you have to do all the right things to get there.”

Mendez also stated that he is hoping Velasquez is ready to return to the Octagon by March.