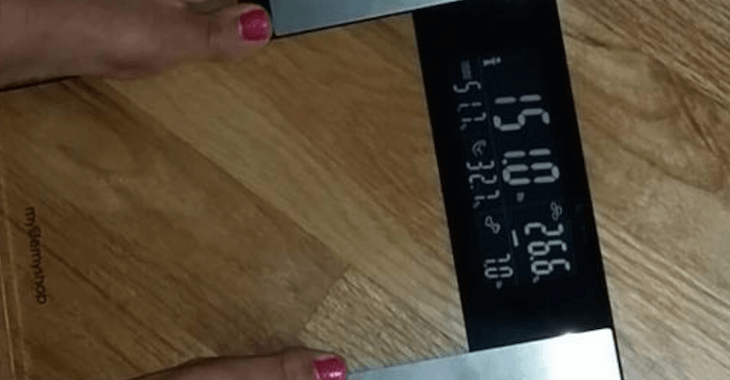 The bantamweight division for both UFC males and females is the 135 pound weight class. Unless you are fighting in a title shot, you are allowed to weigh in at 136 pounds.

UFC’s Miesha Tate fights in the bantamweight division. She currently got jumped over by Holly Holm who is now set to face Ronda Rousey on Nov. 14. Tate has recently come out and said several times that she’s extremely disappointed by the UFC’s decision and was ‘offended’ by Dana White’s comments, where he said losing to Rousey a third time would be a career killer.

So, she’s currently on the sidelines and says there is no fight official for her yet, although some thought a fight with Amanda Nunes was close to being a done deal.

In the meantime she’s just working out and trying to maintain her diet and weight. She recently posted a pic on her Instagram account showing herself standing on a scale that reads 151 pounds! Sure that sounds like a big jump from her weight limit of 135, and it is, but for a fighter it’s pretty common to walk around at a much larger weight. That’s one of the reasons the new IV ban is such a hot topic. A lot of fighters who are way bigger naturally aren’t going to be able to rely on that to rehydrate after a brutal weight cut.