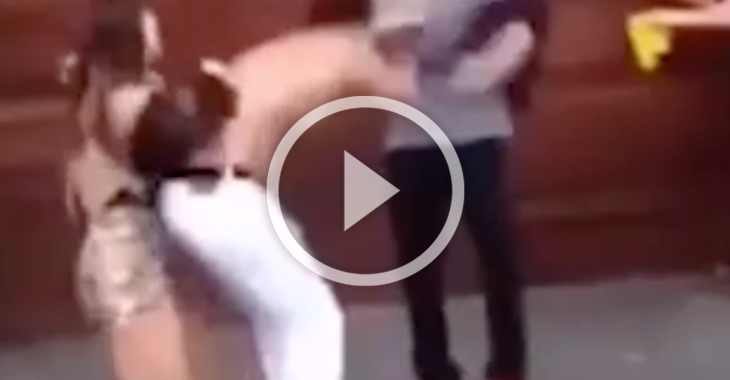 ‘The woman was filmed restraining an aggressive man outside a nightclub called La Musique in Brazil. The petite brunette may have had martial arts training as she subdued him with a leg hold.’

Check out this interesting video of a tiny Brazilian women breaking up a fight by taking down a huge guy, then putting him in a submission hold. He actually tapped pretty quick, but she refused to let go.