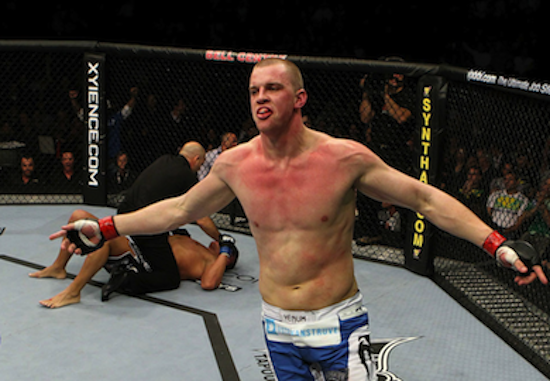 “We’ve really done everything to make sure I’m in the best condition physically and mentally to perform and I really believe I’m going to put on one of my best fights I’ve ever fought for the UFC.

“I got another shot and I didn’t care who it was. Look at my last two opponents; Miocic is fighting for a title shot and Hunt just got his shot. In my opinion, I should have won both of those fights. The Hunt fight didn’t go my way because physically there was something very wrong with me at that point, so this is where I should be. Alistair has gone through some adversity in his career. He lost three of his last four fights by knockout, but obviously he’s a big name, and he’s a very good opponent, but I’m better. It’s simple as that. I’m better, I’ve got more potential and I did everything I could possibly do to prepare myself for this fight, so I know if I fight my fight, I’m gonna win.”

In a recent interview with UFC.com, Stefan Struve discussed his upcoming scrap with Alistair Overeem.

The two fight Saturday on FOX, who ya got?