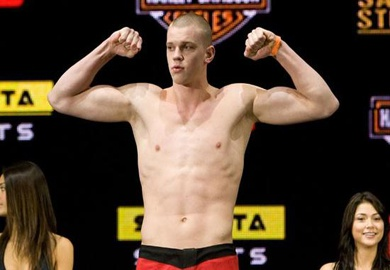 It’s been over a year since Stefan Struve has been in the Octagon. It was in that same fight where Mark Hunt shattered the jaw of “skyscraper”. Shortly after the fight it was discovered that Struve suffered from a leaky aortic valve in his heart. Meaning his heart was divided into two leaflets instead of the normal three. Struve’s doctors chose to use medication to try and resolve the issue, and it proved to be a success.

It was announced recently that Struve would be fighting Matt Mitrione in his comeback fight on UFC 175, the UFC’s annual Fourth of July weekend card. Struve spoke to MMAWeekly about his opponent.

“In Macau, when Mitrione (last) fought, he was really interested (in my heart condition), so I explained to him what was going on and all that. So he knew where I was at. Then, a couple months later, even before I’m cleared to return to the Octagon, you tell Joe Silva that you want to fight me for my comeback fight? I wasn’t even cleared to fight yet. Everybody knew I was on the way up, things were looking good, but I wasn’t cleared yet. Everybody knew that I had a heart issue and then you call up the matchmaker without knowing I’m cleared and then you ask for the fight? The only way you would do that is because you think you have a better chance of winning that fight. In my opinion, that really is pathetic and Matt Mitrione made this personal.”