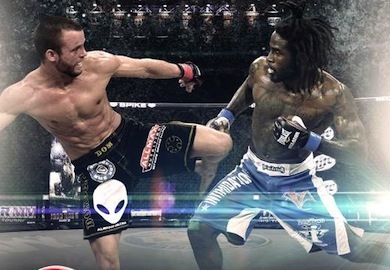 The event will broadcast live at 9 p.m. EST/ 8 p.m. CST on Spike TV. The preliminary card will be streamed live and free on Spike.com beginning at 7 p.m. EST/ 6 p.m. CST. Tickets for the event will be on sale Friday, January 17th and can be purchased at Ticketmaster.com or by visiting the Horseshoe Hammond Gift Shop.

Boasting a 22-4 record including a dominate 8-1 record inside the Bellator cage, Straus enters this trilogy looking to make his mark in the featherweight division and cement his place as one of the best fighters in MMA.

“Whenever you fight, each win means something different and I know this one is incredibly important,” Straus said. “I want to continue to be a top notch fighter, and earn that respect I think I deserve. I know this is going to be a different fight than the last time. Each time we have fought, Pat and myself have been different fighters, and this will fight will be no different.”

After holding the Featherweight belt for two successful title defenses and being ranked as one of the top two Featherweights in MMA for nearly 2 years. Curran is ready to reclaim his title and end the Curran-Straus Trilogy with a victory and the Bellator Featherweight title wrapped around his waist.

“I’m just ready to get back into the cage and get another shot at Daniel,” Curran said. “He’s an unbelievable fighter, and I know I have to be better on March 14th. I had a few things going on in my life when we fought in November, but those things are behind me and I don’t like to make excuses. Daniel is going to be a different fighter when we fight again, and so am I. Hammond has been a great fight city for me, it’s where I won the belt for the first time, and it’s where I’m going to reclaim it.”

“Daniel Straus and Pat Curran are two of the best featherweights on the planet and deserve every ounce and praise and recognition they receive,” Bellator Chairman & CEO Bjorn Rebney said. “Our Featherweight division continues to be the deepest and strongest featherweight division in MMA, and I’m very excited to have this title fight headline a huge night of fights on March 14th from The Horseshoe Hammond.

The night will also feature the start of the Bellator Welterweight Tournament as the always exciting War Machine will battle Nah-Shon Burrell. Only 23-years old and holding an impressive 11-3 record, Burrell is anxious to enter his first Bellator tournament and show the world he’s ready to win his first Bellator Tournament.

After earning his way into the Bellator tournament by being named the Bellator Fight Master, Joe “Diesel” Riggs will fight Sam Oropeza in the opening round. With 54 professional fights under his belt, Riggs will look to his veteran experience, but will need to hold off Oropeza’s powerful punching abilities as he has won his previous two victories via first round knockout.

More information regarding the March 14th fight card at Bellator 112 will be made available in the coming weeks, including the full welterweight tournament.