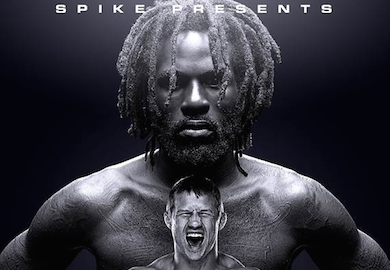 Bellator 127 is now set as the promotion will return to Southern California’s Pechanga Resort & Casino on Friday, October 3rd as Daniel Straus will battle Justin Wilcox in the main event live on Spike TV. Tickets for the event are on sale now and are available at the Pechanga Box Office, Pechanga.com or Bellator.com.

Straus enters the fight coming off one of the most memorable fights of 2014 as the Ohio native suffered a last second submission loss in a Featherweight Title fight against current Bellator Champion Pat Curran. At 22-5, he is widely considered one of the best featherweights in the sport and has won six of his previous seven fights. Straus is well aware that he faces a strong competitor in Wilcox, but knows that a victory means another title shot awaits and Wilcox is the only thing standing in his way.

“I’m ready to get back to work,” Straus said. “I love to stay active, fight as much as I can, and now I have the opportunity to get back on the road to getting my title shot, and Justin is in the way of that goal. I’ve got to focus on myself and what I’m doing, but you better believe I’ll have my eyes on Curran-Pitbull on September 5th as well.”

The night will also feature a battle of veteran welterweights as Karo Parisyan takes on Marius “The Whitemare” Zaromskis. A pure clash of styles, Parisyan enters the fight with half of his victories coming by submission, while Zaromskis has made his mark on the sport with dynamic KO’s, collecting 13 over his career. No strangers to the Bellator cage, Parisyan and Zaromskis have combined for 62 professional fights and are ready to put on an exciting fight for the fans on October 3rd.

Making his debut in the middleweight division, former Bellator Light Heavyweight Champion Christian M’Pumbu will take on Hawaiian native Kendall Grove. In a battle of finishers, Grove has grabbed 13 wins by KO or submission, with nine coming in the first round, but will have to hold off M’Pumbu who is looking to make his mark in the middleweight division and end the fight as quickly as possible.

The full fight card will be announced in the upcoming weeks.