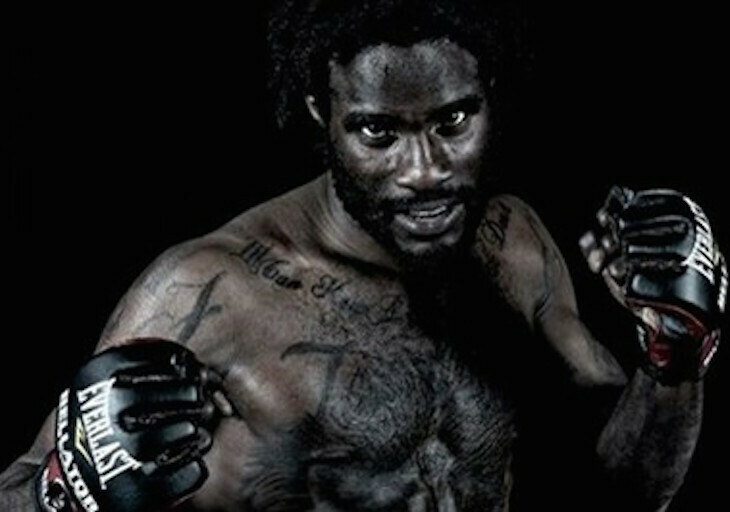 Daniel Straus is gearing up for another shot at the Bellator featherweight championship as he prepares to face Patricio Freire at Bellator 132.

Straus held the championship at one time after defeating Pat Curran at Bellator 106, before losing the belt to Curran in a rematch. Straus also lost to Freire back in 2011, something he moved on from, and has grown from.

“For me personally, it was ‘It happened and it’s part of the sport. Keep moving, keep growing and you will see him again. If he is as good as he thinks he is and I think I am as good as I think I am, we will eventually see each other again.’ And now we are going to see each other.”

“I took the 10 to 15 minutes I needed to sulk in it and then I moved on. Then I was like ‘fuck that fight.’ It doesn’t mean anything to me at this point. Because like I said, I’m not worried about what happened already. And that is just how I think.

“Who I’ve lost to, and even who I’ve beat, none of that matters to me. I’m just looking toward that next goal, the next fight, that next win. And once I get it to just keep going because, like I said, I really need to learn to grow and not cherish the moment.”

“It’s Patricio man, he has been the same fighter for years. Not saying he hasn’t evolved. It works for him. He’s a ‘move forward and try to mess you’ up type of guy. He uses his footwork a lot more now. He is not as flat-footed as he used to be. Which is good for him. I’ve seen some evolvement from him. I think I’ve evolved more. If you look at my fights in the past three years compared to his fights, I think everyone would say I’ve evolved a lot and I look a lot different since then. His game has always been his stand-up game. If you’ve seen one of his fights, you’ve seen them all. That is just his fight style.”

“I don’t have one specific training partner for this camp, but I have people that can mimic him. I have wrestlers that can wrestle me down. I have stand up guys that can just destroy me quick. I’ve been working with, I think, all the right people. Left handers, right handers, anything he is going to throw at me I will be ready for.”

Who do you takes home the featherweight championship this Saturday?