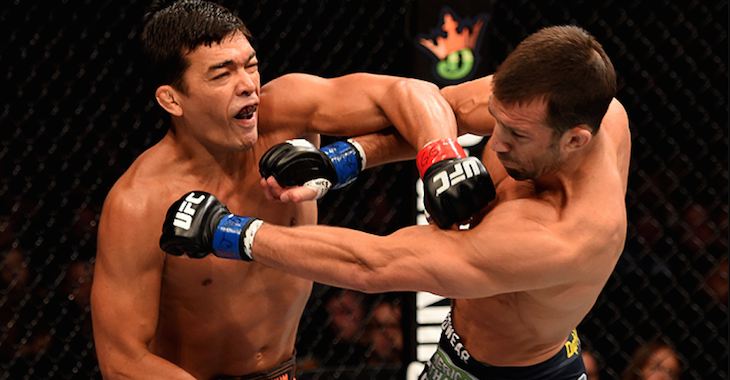 Rockhold, in a post-fight interview with Ariel Helwani, explained the bald spot on the top of his head.

“You see that bald spot? I’m not getting old. I took one day off. It was three weeks before the fight. I just wanted to get some surfing in. The first wave, I do a turn, roll over, and just come back and smacked my head on the reef.”

“Two out of the last four surf sessions that I had at this place, I cracked my head. I’ve been surfing there my whole live and I’ve never hit my head.”

“I couldn’t stitch this one up so I had to actually shave it and glue it because that was the only way to train for the last week of training camp, so I superglued my head. We did surgery on it, shaved it and that’s why there’s a bald spot.”

Fun fact: It was apparently BJPENN.COM’s own Layzie The Savage who shaved the spot in Rockhold’s head!

You are correct, my friend. That's what friends are for… LoL https://t.co/zyY5wdwv4a