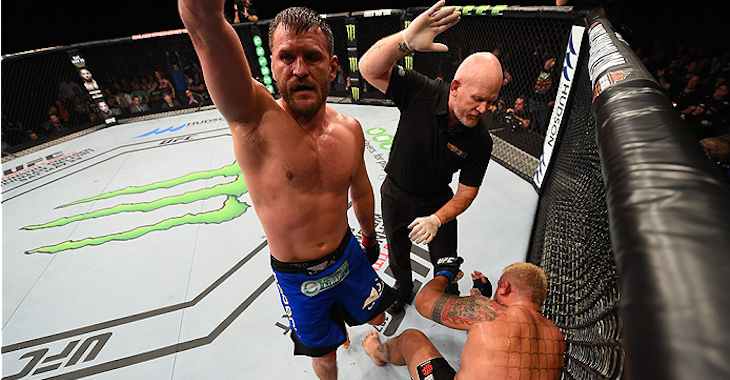 Two exciting UFC heavyweights are reported to be clashing in Dublin, Ireland at UFC Fight Night 76.

Stipe Miocic and Ben Rothwell will face off in an important fight for the division, according to MMAJunkie. UFC Fight Night 76 will take place at 3Arena in Dublin on Oct. 24.

Headlining that event will be a lightweight scrap between Irelands own Joseph Duffy and Dustin Poirier.

Many thought Miocic was in contention to possibly fight for the title after his beating of Mark Hunt, especially since UFC president Dana White said himself that it could be either Miocic or Andrei Arlovski who face Fabricio Werdum next. Well, it ended up being Cain Velasquez who got the title shot and rematch with the champ, while Arlovski was booked to fight Frank Mir and now Miocic will face off with Rothwell.

So, who do you think walks away victorious in this one? Rothwell does have a knack for winning fights a lot of people don’t think he can win.