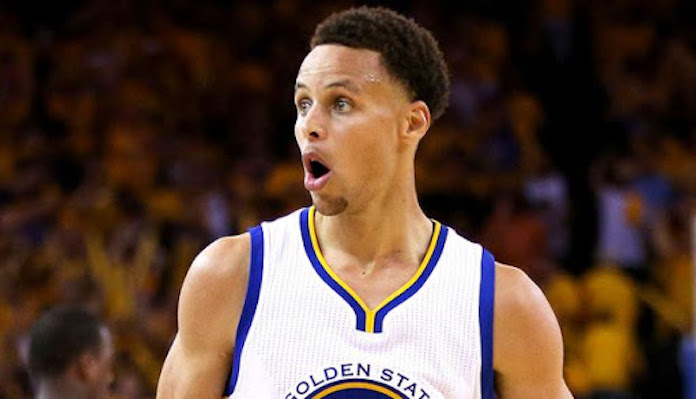 Robinson, a former NBA dunk contest champion, made his professional boxing debut on Saturday against Paul at the Staples Center, a place that both Robinson and Curry know very well. With Robinson being a popular player during his NBA days, many of the league’s current stars took to social media to share their thoughts as the fight unfolded. Many of the players gave props to Robinson for stepping into the ring, while others decided it was a good opportunity to take a shot at him, Curry included.

Taking to social media during the Robinson vs. Paul match, Curry trolled Robinson.

Let’s go @nate_robinson. Hold it down

This ref gotta coach em while he keeping the peace 😂😂😂😂😂

This ref gotta coach em while he keeping the peace

Be ok Nate……come on man.

Be ok Nate……come on man.

Nate’s not a +1 either…Love the confidence man. Love it.

Nate’s not a +1 either…Love the confidence man. Love it.

Curry and Robinson played against each other many times during their NBA careers so there probably is a bit of a rivalry there deep down, but the trash talk is all in good fun. At the end of the day, Robinson stepping into the ring and actually giving boxing a try is something that most players in the NBA will respect. Unfortunately, the result wasn’t ideal for Robinson as he got knocked out in an absolutely devastating fashion.

As for Curry, the Golden State Warriors are looking to have a bounce-back year in 2020-2021 after missing out on the playoffs in 2019-2020. With Curry’s “Splash Brothers” teammate Klay Thompson out for a second straight year, the Warriors could be in for another tough year. But with Curry, Draymond Green, Andrew Wiggins, and recently-drafted James Wiseman, the team looks to be in good shape going forward which isn’t something you can say for Robinson after Paul took it to him on Saturday.

What do you think of Stephen Curry taking a shot at Nate Robinson after getting knocked out by Jake Paul?