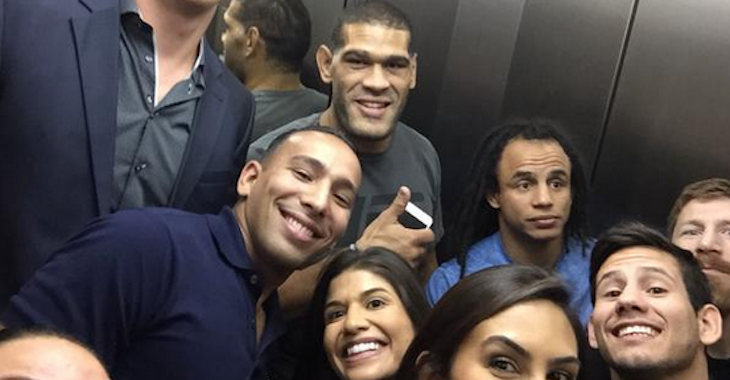 Antonio Silva’s nickname isn’t “Bigfoot” for no reason; the heavyweight is an absolute giant. At 6’4″ tall with a jaw the size of a truck, Silva is used to intimidating normal sized people with his physical prowess. There are only a handful of men in this world that can make “Bigfoot” look like a child, and one of them happened to be standing next to him on an elevator at a UFC appearance.

Seven foot tall Stefan “Skyscraper” Struve stood next to Antonio “Bigfoot” Silva and made him look tiny in this picture!

Stefan Struve and Antonio Silva will be looking to pick up their first wins in over two years at “UFC 190”. Struve will be stepping into the octagon with the legendary Antonio Rodrigo Nogueira while “Bigfoot” faces the up-and-coming Soa Palelei.