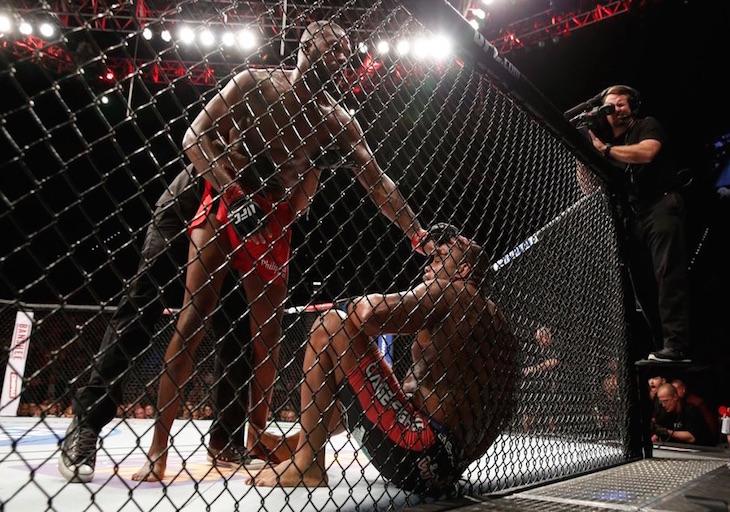 Some fight fans may have noticed that at the end of the 4th round of Jon Jones and Daniel Cormier’s UFC 182 scrap, Jones placed his hand on the top of Daniel Cormier’s head, who was sitting against the cage, noticeably exhausted.

Jones action was a small one that many, including myself, missed, but it spoke volumes. Placing his hand on Cormier’s head as he was standing, and Cormier sat exhausted came across as meaning ‘stay down’.

This photo comes courtesy of Esther Lin of MMAFighting.