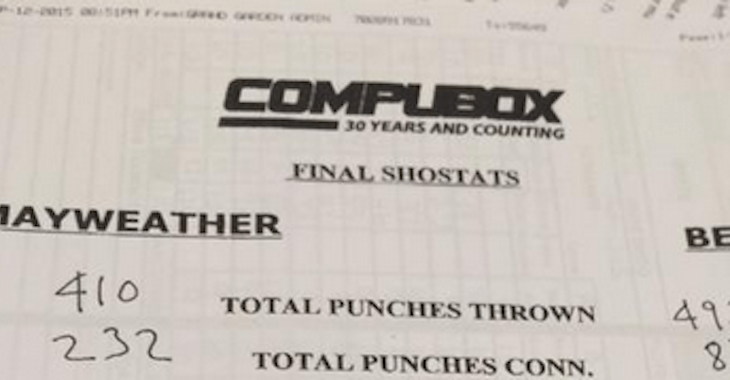 Andre Berto tried his hardest to dethrone Floyd Mayweather on Saturday night when they met in Las Vegas, Nevada, but “Money” was simply too much for the challenger. Mayweather’s gameplan, albeit unpopular, was on point and he punched his way to his last decision victory.

There was some doubt in the legitimacy of Mayweather’s victory over Manny Pacquiao in May after the statistics were released, so Mayweather wanted to leave ZERO doubt in the eyes of the spectators and judges. “Money’s” performance was so fast and he performed counters so impressive, fans didn’t even notice they happened until Showtime showed the slow motion replay. Check out the numbers behind the fights below!

Look at the punch stats from @floydmayweather vs @andreberto and see how accurate Floyd was pic.twitter.com/U4RyxVXKAQ

Mayweather announced his retirement after his fight, but do you think he will eventually make a return to the ring? Share your thoughts in the comment section below!