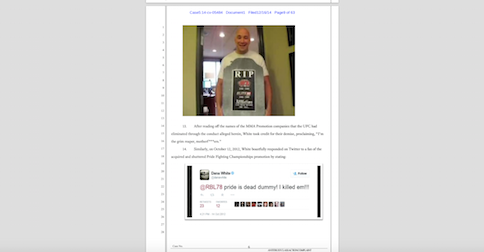 A few disgruntled men are taking action against the UFC, and standing up for what they believe is right.

Today we learned that Cung Le, Nate Quarry, and Jon Fitch were all named a lawsuit that’s seeking treble damages and injunctive relief under the Sherman Antitrust Act, which stems from some alleged charges of “over-arching, anti-competitive scheme(ing) to enhance its monopoly power”.

Now we have the legal docs: (Click to view)