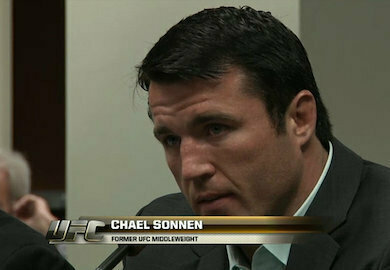 “I was hit on a surprise test that was 44 days before a fight. Generally in our business we’re tested fight night, so whatever it is you’re doing or you’re not doing, you gotta show up clean on fight day. When I talk about being dirty, I’m not talking about steroids or illegal drugs. I gotta make this distinction, if you ever failed a drug test, you are automatically taking something illegal and they were steroids, that’s just the way it works in people’s minds. Well, first off, none of them were illegal, and none of them were steroids, but I never offered a defense. I turned in my prescriptions. I got this from the doctor, this was valid stuff, but, these are still against the rules, I knew it. “

“I’m a grown man. I knew what I was doing I thought I could have my cake and eat it too. I can take this, I can feel great, they make me feel good, and that’s one of the problems I have. They go ‘these are performance enhancers.’ I go, ‘guys, why else am I taking it?’ I’m not showing up to the doctors saying doc ‘do you have anything to make me feel worse?'”

“Things change pretty quickly. People are forgiving when you’re honest. … If I could ever advise someone who is in my shoes, just come clean. Come as clean as you can, as quickly as you can. Then let the people decide.”