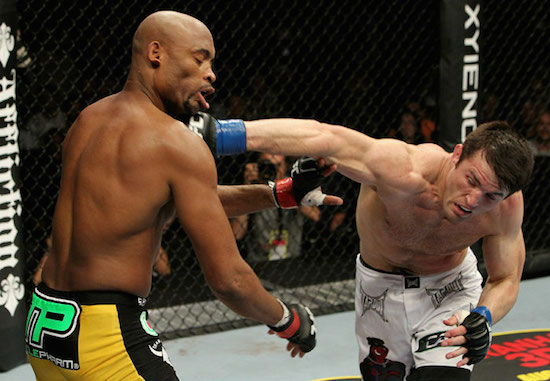 “Your brother’s been in there with Georges St-Pierre. I fought Anderson Silva before and I’ve worked out with Georges St-Pierre and I had a much harder time with St-Pierre. That was my experience. Styles come into it, but St-Pierre was far superior of an athlete and a fighter. I think your brother has been in harder fights. I guess that’s my point and I think that’s going to help him. I don’t think he knows that. I don’t think he’s going to realize that until a few minutes out there. Anderson Silva is very good, this is not meant to be a knock on Anderson Silva. He is not as good as they say he is. That’s also a true statement. When guys go out there and fight him they will come away with that opinion.”

“I don’t mean to bash Anderson Silva. I think the guy’s fantastic. All I’m saying is he’s not as good as they say he is. If you’re going to call a guy the greatest of all time, you need to be real careful with that dialogue.”

Sonnen, fought and lost to Anderson Silva twice in his career.