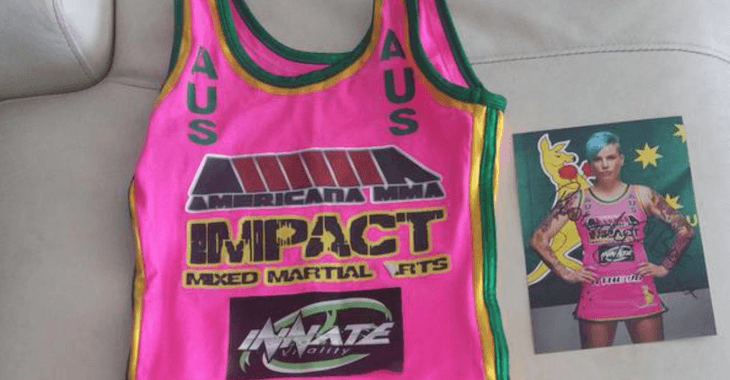 UFC strawweight ‘Rowdy’ Bec Rawlings is giving you the chance to own some of the gear from her Invicta FC days.

Maybe it was washed, maybe it wasn’t, that’s a part of the thrill. The fighter took to Twitter to announce the auction, which is taking place on her Facebook apparently.

She’s selling a piece of fight gear she wore when she fought in Invicta FC. It’s signed and it looks like you also get a signed picture of her wearing the exact outfit, so it’s kind of like a two for one deal.

There’s no telling how much it will sell for, early estimates put it upwards of 5 Billion. That’s not true. But was is true is that if you are a die hard Bec Rawlings fan you can now own some of her old used clothing.

In all seriousness, if you want it, check out the link below!

🔥AUCTION STARTS NOW🔥 on my Facebook page http://t.co/MaZSkKTn9v get over there & 'ave at it 😈😇 pic.twitter.com/nmCcfPcVzP