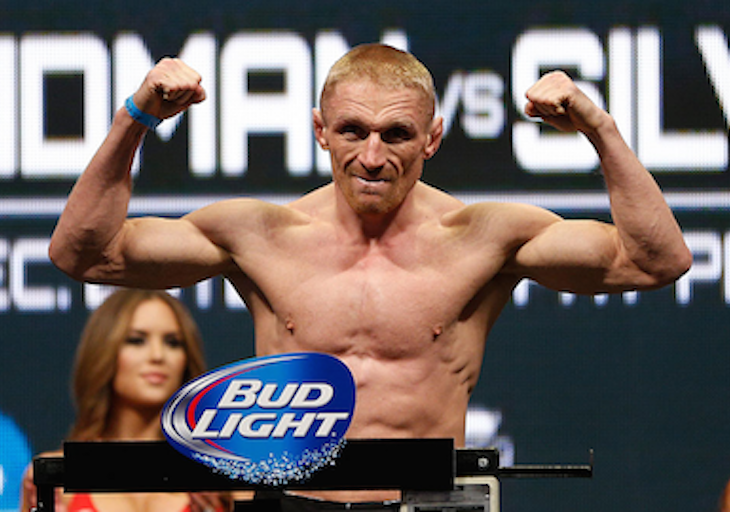 Ahead of UFC Fight Night Boston, which goes down Sunday January 18th, Dennis Siver has done little to verbally counter the trash talk of Conor McGregor.

Because of his lack of speaking out, many are counting Siver out of the fight, and unrightfully so. He spoke to GroundAndPound.de to discuss why he believes he will win on Sunday.

“Everyone thinks I’ve already lost the fight. You can’t hype someone after four fights. In his last fight he has looked good, but the battle was only two minutes or so. For me he landed a fluke punch [against Dustin Poirier], because until then, the whole thing was even. And his fights before that were also nothing special. I’m not impressed at all. He promised to beat me in two minutes, but he can stick that prediction in his ass. When I finish him on Sunday, I’ll laugh. I can understand all that shit talking in front of the camera, but when he does it privately, behind the scenes, that proves to me he is an asshole.”