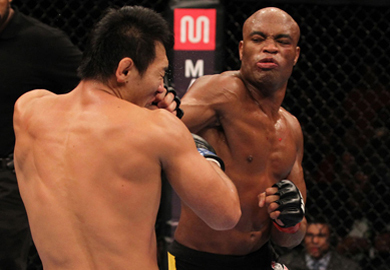 “It’s a good fight for the fans and for me. We both haven’t fought for a while and I’m coming off an injury. Nick likes to fight standing and moves forward. Everybody knows he has an excellent boxing and will do the standup fight that everybody wants to see.”

During today’s media call, the former pound-for-pound king, Anderson Silva discussed his return to the UFC against Nick Diaz.

And while the bout has potential, Silva thinks it could be one for the ages. Do you agree?