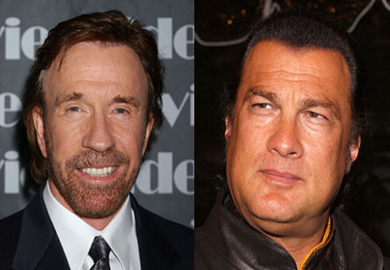 In a recent interview with Brazilian media outlet, Combate.com , Anderson Silva stated that he still has eyes for super fights against GSP and Jon Jones.

The former UFC middleweight champion also touched on bringing in some new coaching talent for his upcoming fight against Chris Weidman in his attempt to regain his championship belt.

“I hope it (the super fight against Jon Jones) happens,That’s the fight everybody is waiting for… I had a nightmare with Weidman, but I don’t fear him. He is determined, but has two arms and two legs just like me. Now I’ll bring Chuck Norris (to my camp). I’ll bring both, Chuck Norris and Steven Seagal.”