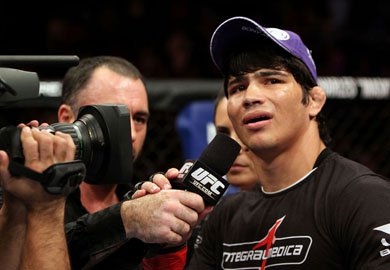 UFC 156 will take place at the Mandalay Bay Events Center in Las Vegas, Nevada. The main event of that card will be featherweight champion, Jose Aldo versus Frankie Edgar, who makes his featherweight debut.

As for Hieron, he is coming off of a loss to Jake Ellenberger, back in October. The bout marked Hieron’s first time back in the Octagon after being cut several years ago.

His opponent, Erick Silva, is coming off of a memorable fight with Jon Fitch back at UFC 153, marking his second loss in the UFC, although his first came by way of controversial disqualification.