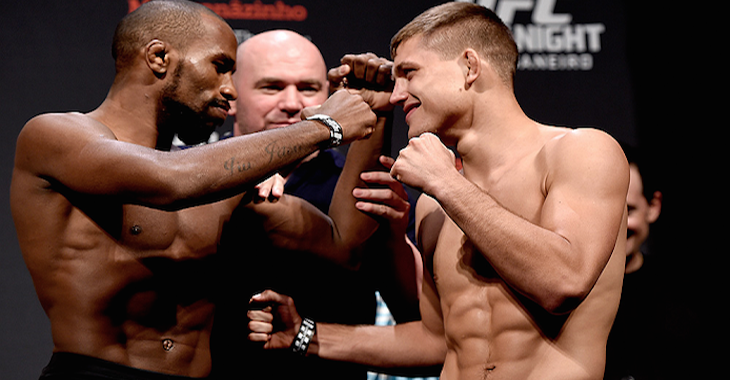 “Nobody told me anything,” Silva said. “I’m actually surprised. It surprises me, but at the same time it doesn’t. We know this was not the first mistake a referee has made in the UFC, and it can happen in any sport. If they decided to overturn the result, I won’t protest. I don’t agree because there were many other mistakes and they never changed the result. I have a clear conscience.”

“My opinion is the same. I locked the guillotine and he tried to defend himself. I watched the fight four times. You can see him holding my wrist and then letting it go. He was soft, and the referee stopped the fight and I said ‘tap’, the first word that came to my mind at that time. It wasn’t my fault. I made weight and fought, but that happened.”

In a statement to MMAFighting.com‘s Guilherme Cruz, Leandro Silva reacts to the recent news that CABMMA has turned his controversial UFC Fight Night 62 win over Drew Dober into a no-contest.