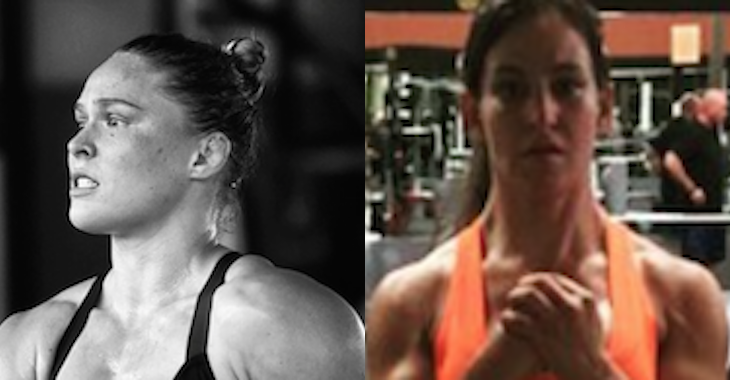 UFC bantamweight champion Ronda Rousey and her bitter rival Miesha Tate are expected to square off for the third time.

It’s perhaps not the fight that most excites people, with a possible Rousey/Cyborg fight looming, but it’s probably the biggest challenge for Rousey at this time in the division.

Ahead of the bout we’ve seen pictures of both fighters looking absolutely ripped. First it was a picture of Rousey, ahead of her bout with Bethe Correia. Then, yesterday, we got a picture of Tate lifting weights and looking huge.

She has said that she plans on bringing a lot more power into the third fight with Rousey.

Check out the pics below and decide who you think will pul out the third scrap!