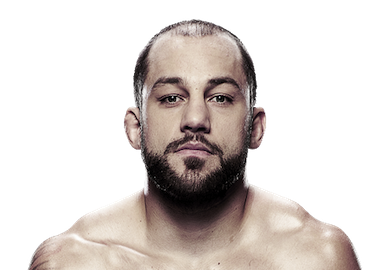 While not yet announced by the promotion, a featherweight bout between Sam Sicilia and Godofredo Pepey is expected to go down this November in Brazil at Fight Night 32.

Fight Night 32 takes place at the Goiania Arena in Goiania, Goias, Brazil on November 9. In the main event Vitor Belfort and Dan Henderson will square off in a light-heavyweight bout on Fox Sports 1.

The two featherweight fighters were originally slated to fight each other at UFC Fight Night 28, but both fighters pulled out due to injury.

Pepey likely fight for his job in this booking after going just 1-2 under the UFC banner. He last saw action when he suffered a TKO loss to Felipe Arantes.

Sicilia won his UFC debut with an impressive KO over Cristiano Marcello. The TUF 15 cast member then dropped his next two fights and now finds himself in a must win situation.

With the addition of Sicilia vs. Pepey the UFC Fight Night 32 fight card looks as follows: