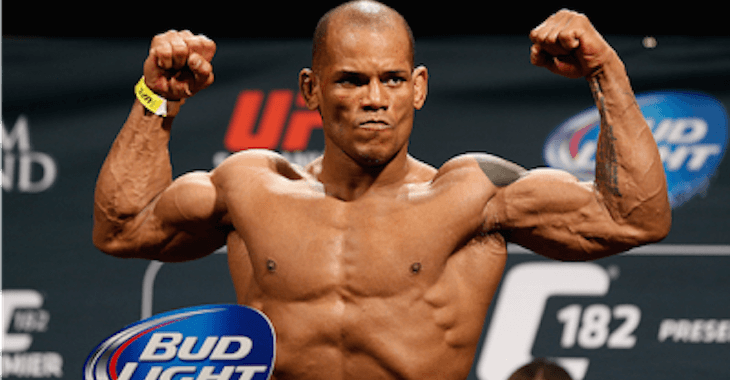 UFC welterweight Hector Lombard is still on the sidelines because of a failed drug test. Even though he’s been out of action that hasn’t stopped him from doing tons of interviews, calling out fighters on social media and trying to keep his name in the game.

Lombard went on Submission Radio, again, and talked about his comeback fight and the division as a whole.

He said that he tried calling out Patrick Cote, but he didn’t answer back. He also said there was always the possibility of fighting Carlos Condit, but he’s now fighting for the title and then there’s Johny Hendricks, who Lomabrd calls a ‘blanket’.

Here’s what he said about Cote: