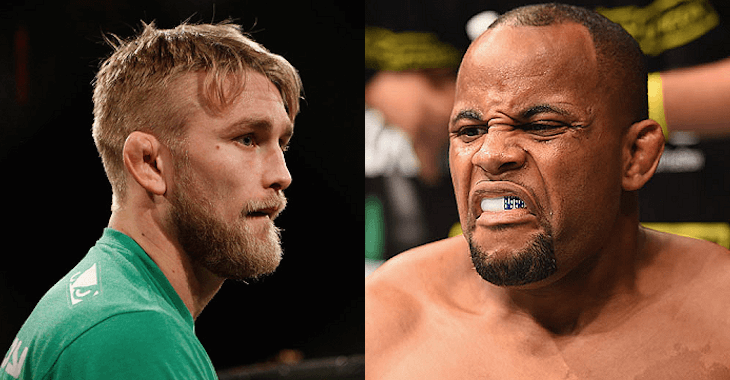 Daniel Cormier and Alexander Gustafsson are just days away from meeting in the octagon, but it seems they’ve already started throwing verbal jabs! Cormier will be defending his UFC Light Heavyweight Championship for the first time against Gustafsson who is coming fresh off a loss to Anthony “Rumble” Johnson.

In classic Cormier style, he has taken to social media to get under the skin of his opponent this Saturday with some clever trash talk:

Gustafsson didn’t take too kind to the insult and responded in a respective, yet demeaning manner:

Gustafsson will be looking to redeem himself after a devastating loss in front of his home town crowd at “UFC on Fox: Gustafsson vs. Johnson”. Gustafsson was given the opportunity to earn a shot at the championship on home soil but got clobbered by “Rumble” and almost retired shortly thereafter. Thankfully, Gus moved past the loss and is ready to return to the octagon this Saturday in Houston, Texas.

Who do you think will walk out of the octagon with the gold around their waist? Share your thoughts and make your predictions in the comment section below!