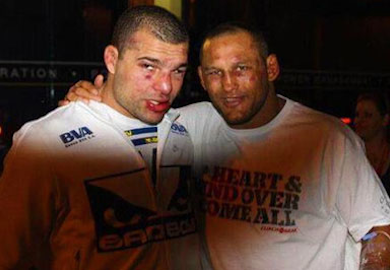 “I can’t do anything about [the judges decision in the first fight], but I think a draw would have been fairer. But it’s in the past. I’m focused on March 23 now… It’s a rematch, and I’m going there to get a win. I will go for the finish all the time. Everybody knows that that’s how I fight, so I’m going for the knockout.”

The two MMA Legends first faced off at UFC 139 in 2011. The rematch is set for next month’s UFC Fight Night 38 in Brazil.