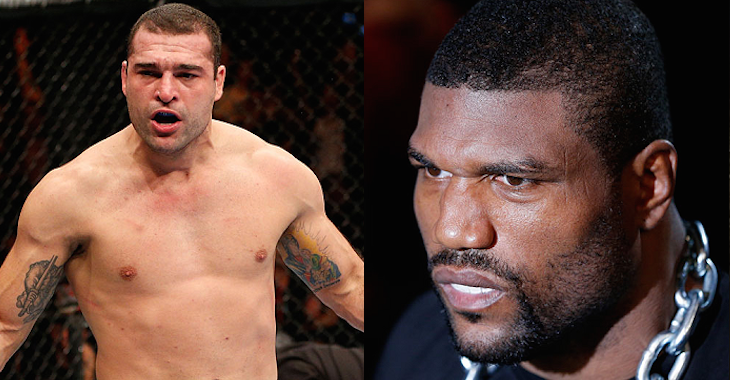 Mauricio “Shogun” Rua put on a winning performance against Antonio Rogerio Nogueira this past weekend at “UFC 190” and is already being called out.

Nothing but respect for @shogunoficial but this is one rematch I need,as soon as I’m over this Bellator BS lets get it popping. It’s not gonna be like the last time we fought. I was very embarrassed about that fight,this fight will make up for that one. Thanks for accepting my rematch,let’s hope Dana makes it happen. #justice

The two are both former UFC Light Heavyweight Champions who are looking for a fast-track back to the title picture. Shogun is back to his winning ways with his victory over “Lil Nog” and “Rampage” earned his fourth win in a row when he returned to the octagon at UFC 186.

After “UFC 190″ concluded, Shogun was asked by the crew at Fox Sports what was next for him. “Rampage called me out recently,” Shogun responded. “I’ll fight Rampage any time. Just match it up, UFC.”

Is this a fight you want to see? Who would win? Share your thoughts in the comment section below!