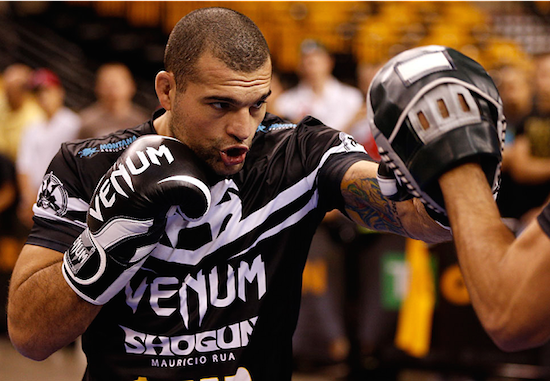 “The UFC called Eduardo (Alonso, Shogun’s manager) giving him the news that Anderson and I were going to be the TUF coaches and that we weren’t going to fight each other. But I’m really happy about taking part of TUF, even further because of Anderson, a living legend. Fighting against him wasn’t something that I wanted. We trained together. But I would accept if the UFC asked.”

Mauricio ‘Shogun’ Rua told Brazil’s Combate.com that he would fight Anderson Silva, a former training partner, at the request of the UFC.