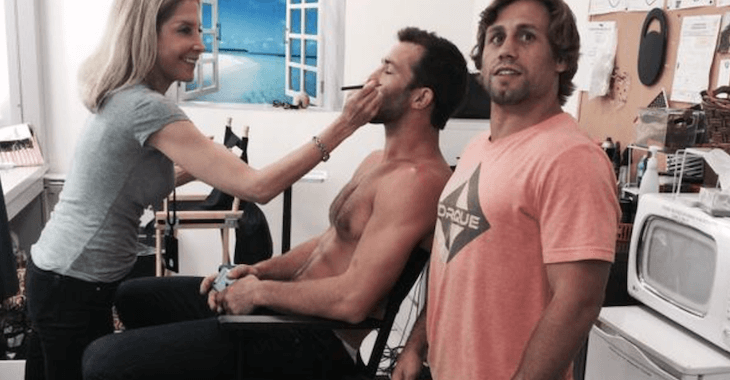 UFC fighters Luke Rockhold and and Urijah Faber have been busy working together on a media tour for UFC 194 and the new season of The Ultimate Fighter.

They’ve been on radio shows and done interviews and on and on. Now it looks like they’re getting ready to be on TV.

In a tweet sent out from the UFC’s official account, we see Faber and Rockhold in the hair and makeup room getting prepped.

Weird thing about this photo, well, Rockhold has no shirt on and Team Alpha Male’s Faber seems to have dropped his pants. If you haven’t been following these guy’s media appearances you should, they’re pretty hilarious.