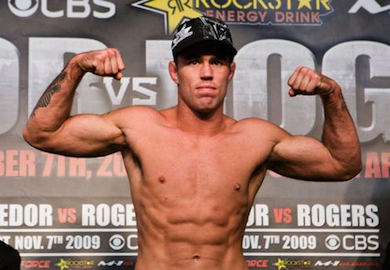 “It’s definitely a no-brainer that I want to take it to the ground. I feel like I can stand with him. I think technically, I do a lot better in the stand-up than a lot of these fighters. As far as fighting Lombard on the feet, it’s not something you want to do. He’s just got too much power and he’s too vicious there. But, I am willing to stand with him for a while and hope to get it to the ground and submit him.”

At UFC 171 Jake Shields has a tough test in front of him in the form of Hector Lombard.

In a recent interview with ‘The MMA Hour‘, Shields didn’t shy away from admitting his game plan is to get the fight to to a safe place on the ground, where he can avoid the power of Hector.