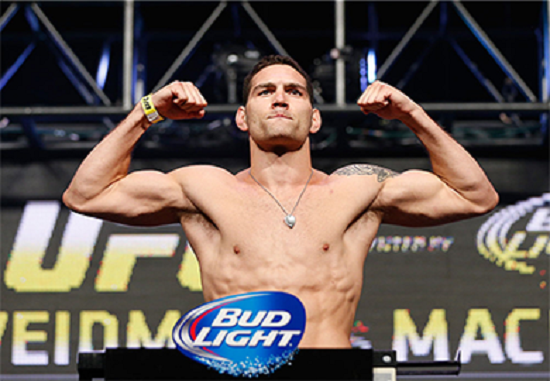 There are some incredibly talented grapplers in the world of MMA, from JiuJitsu aces such as Jacare Souza to Olympic wrestling medalists such as Daniel Cormier, to Olympic Judoka’s such as Ronda Rousey.

Middleweight champion Chris Weidman however is one of those elite grapplers, specifically in the wrestling field.

Jake Shields considers himself one of those elite grapplers, and also believes Chris Weidman is one as well.

He spoke to BloodyElbow to defend his beliefs:

“I think I am one of the top grapplers in MMA. I think most people focus on either Brazilian Jiu-jitsu or wrestling. I’ve focused a lot on both. I’ve wrestled and recently I’ve really focused on jiu-jitsu.”

“I think Chris Weidman has a style I like – similar a lot. [He has] great takedowns, and all-around good jiu-jitsu that he mixes with his wrestling. For that style, he is the guy that sticks out to me.”

What do you think PENNation? Who’s the best grappler in MMA? Sound off in the comments section.